The Global Enhanced Water Market is anticipated to reach the market valuation of US$ 13.26 billion by 2025 expanding at a CAGR of 10.04% during the forecast period 2019-2025. As people are living in a world that is getting developed economically and socially, people’s lifestyles have changed drastically over the past few decades. With evolving modern lifestyles, the urban population of the world has grown rapidly from 751 million in 1950 to 4.2 billion in 2018. Henceforth, it has significantly impacted the consumption patterns of the people across the globe. Rising tour and travel business, growing food and beverage industry, increasing disposable income has tremendously accelerated the overall demand for enhanced bottled water including enhanced water globally. However, excessive use of plastic and water scarcity has remained a huge challenge for the enhanced water market. Annual enhanced water consumption has surged to 16.7 gallons in 2000 to a stunning 42 gallons of consumption per person per year in the United States in 2017 attributed to people choosing water above all drinks. In the modern lifestyles, people continuing to get busier and on-the-go consumers are paying for the health food products, among which enhanced water holds a significant portion.

For Regional/country-wise analysis of the overall adoption and penetration of enhanced water browse through https://univdatos.com/report/enhanced-water-market-current-scenario-and-forecast-2019-2025

With the growing need for clean drinking water, enhanced water has provided a sensible alternative to huge consumer base in contrast to juices, soft drinks and other carbonated drinks. Moreover, growing population, increasing disposable income as well as surging health concerns from waterborne disease and preference of low intake of sugars has bolstered the consumption of enhanced water globally. Companies offering enhanced water aim to create and innovate new product variants, focus on social development by giving the consumers continuous access to clean drinking water. Additionally, surging investments by numerous start-ups and technological innovations have further driven the market potential. It has been observed that enhanced water is rapidly growing with approximate 600 million households consuming enhanced water in 2018 accounting for more than 100 billion gallons (391 billion liters) of water per year or 1 million bottles per minute. Furthermore, enhanced water consumption is also expected to reach a volume of around 118 billion gallons by 2022. The nutrient enhanced water was the most consumed enhanced water in 2018. The specified segment is projected to enjoy the swiftest expansion throughout the reviewed period, accredited to changing and modern lifestyles along with growing preference for specific variants owing to its health benefits. Moreover, it has also been observed that global sales of alkaline water have witnessed a rise of 18% Y-o-Y to US$ 833.4 million in 2018. Moreover, the consumption volumes alkaline water amounted to 521 million liters in 2017 growing at 10% Y-o-Y. Other enhanced water variants available in the market are Electrolyte and Oxygenated water.

For Regional/country-level analysis of the current and projected development in the global enhanced water browse through https://univdatos.com/report/enhanced-water-market-current-scenario-and-forecast-2019-2025

The global enhanced water is majorly consumed by commercial and residential end-users. Currently commercial end-users consumed majority of these waters, accounting for 69% share in terms of value in 2018. Growth in the travel industry coupled with the ever-expanding foodservice sector has tremendously influenced the market growth. While increasing population, spur in disposable income, rapid urbanization along with rise in healthcare awareness about waterborne diseases such as malaria, typhoid, diarrhea and food poisoning constitute to be the augmenting factors driving the demand for enhanced water market. Moreover, shift in living standards and growing awareness among the sophisticated business houses as well as corporate houses has accelerated the preference of enhanced water in recent years. Furthermore, majority of consumers preferred offline mode of purchase for enhanced water. The segment dominated the market with more than 81.9% share in 2018. However, with growing online retail business, online purchase of water is expected to increase in years to come.

Request for Sample of the report browse through https://univdatos.com/report/enhanced-water-market-current-scenario-and-forecast-2019-2025

Additionally, for better investigation and penetration of enhanced water among end customers, detailed regional/country-level analysis is conducted. Major region/countries analyzed in the study include North America (US, Rest of NA), Europe (Germany, Italy, Spain, France and Others), Asia-Pacific (China, India, Australia, Japan, South Korea and Others) and Rest of the World (Brazil). In 2018, North America dominated the global enhanced water market, accounting for 35.8% share. Asia-Pacific and Europe were the other major market. Continued changing consumer habits has lured most of the Americans to spur the intake of enhanced water in contrast to other carbonated drinks owing to their higher sugar content. More than 70% of the Americans prefer enhanced water as among their most preferred non-alcoholic beverage, this is helping the industry to grow at a reasonable rate. Over the past few years, the dominant players in this industry adopted a number of competitive strategies such as merger and acquisition, partnership and business expansion among others to expand their reach and market share. Some of the major players operating in the market include Danone SA, The Coca Cola Company, Pepsi Co Inc, Nestle, Otsuka Pharmaceutical Co. Ltd, FIJI Water Company LLC, Voss Water, National Beverage Corp., Spadel, and Bisleri International Pvt. Ltd. Global Probiotics Market is Expected to Foresee Significant Growth During the Forecast Period. North America to Witness the Highest Growth

Global Probiotics Market was valued at US$ 54.7 Billion in 2020 and is anticipated to reac .. Global HoReCa Market is Expected to Foresee Significant Growth During the Forecast Period. North America to Witness the Highest Growth

Global HoReCa market is expected to grow significantly by 2027 expanding at a reasonable CAGR o .. 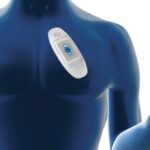