Global lockdowns in response to the COVID-19 have been in place for months and have resulted in the economic disruption. The downswing is expected to be the worst since the Great Recession in the 1930s. In the US alone 38.6 million people have filed for unemployment since March while the EU announced that it is expecting its collective GDP to be dwindling by 7.4% in 2020.

To mitigate the losses world’s governments are racing to support the economy, people, and businesses until the new coronavirus is stopped. The world governments must approve emergency economic-financial measures and develop stimulus packages to avoid catastrophic and historic global economic slowdown.

Various stimulus packages provided by the government as a % of GDP

The state of emergency was eased for thirty-nine prefectures out of a total of 47 prefectures on May 14 and for Osaka, Kyoto, and Hyogo on May 21.

On May 25, the emergency was raised for all prefectures, earlier than the previously declared May 31 expiry date.

(iv) Support to the local governments, and

(v) Raise the ceiling of the COVID-19 reserve reserves

Bank of Japan (BoJ) called a monetary policy meeting and announced an exhaustive set of measures, these include targeted liquidity provision through a rise within the size and frequency of Japanese government bond (JGB) purchases, the special funds-supplying operation to disburse loans to the financial institution to facilitate the financing of corporates, a short-lived increase in the annual pace of BoJ’s purchases of listed Funds (ETFs) and Japan-Real Estate Investment Trusts (J-REITs)

The government expanded the number of concessional loan facilities (interest-free while non- collateral) primarily for micro, small and medium-sized firms affected by COVID-19 through the Japan Finance Corporation and other different institutions

Progress on reopening the economy is varied across the 50 states. As of June Eleven, all states have begun the reopening of the economy. However, some states still have “stay-at-home” orders in place in some regions, and restrictions are anticipated to remain in place for at-least throughout the second quarter

The country has announced several aid and programs which includes

An estimated US$ 2.3 trillion (around 11% of GDP) COVID-19 Aid, Relief and Economy Security Act (“CARES Act”) have been announced and bifurcated as

The federal funds rate was down by 150bp in March to 0-0.25bp. Purchase of Treasury and agency securities in the amount was needed

Federal Reserve also announced facilities to support the flow of credit, in some cases backed by the Treasury using funds allocated under the CARES Act

Federal banking supervisors are encouraging the depository institutions to use their liquidity and capital buffers to lend, to work positively with borrowers affected by COVID-19, and indicated that the COVID-19 related loan modifications would not be classified as troubled debt restructurings

Additionally, the government has committed to spending an extra amount of almost A$5 billion (0.3 % of GDP) to strengthen the healthcare system and protect vulnerable populations.

State and territorial governments jointly announced fiscal stimulus packages, together amounting to A$29 billion (1.5 percent of GDP), including payroll tax relief for businesses and relief for vulnerable households.

The policy rate was cut by twenty-five basis points twice on 3rd and 19th March, to 0.25 %. Reserve Bank of Australia (RBA) has announced yield targeting on three-year government bonds at around 0.25% through purchases of government bonds in the secondary market.

To support liquidity, the central bank (RBA) has announced to conduct one-month and three-month repo operations daily until further notice. The central bank has established a swap line with U.S. Fed for the provision of US dollar liquidity in amounts up to US$ 60 billion.

The Australian Prudential Regulation Authority (APRA) has provided short-term relief from its capital requirement, permitting banks to utilize some of their current large buffers to facilitate on-going lending to the economy as long as minimum capital requirements are met.

Besides, the Australian Banking Association has announced that Australian banks will defer loan repayments for small businesses stricken by COVID-19 for 6 months.

The exchange rate has been allowed to regulate flexibly to absorb economic shocks.

The PM along with premiers issued a joint statement on their shared public health approach to support and restarting the economy; all provinces have already begun to implement plans for reopening.

Key tax and spending measures (9.8 % of GDP, C$205 billion) announced by the government to mitigate the COVID-19 impact includes:

The key measure adopted by the bank of Canada to mitigate the COVID-19 impact includes:

Other measures within the financial sector include:

Some states have started re-opening non-essential businesses; also social distancing indexes have declined from their peak since March.

To mitigate the impact of COVID-19, the govt. has announced several fiscal measures adding up to nearly 8-10% of GDP, of which the direct impact is on the 2020 primary deficit which is estimated at 5.5% of GDP

The fiscal measures include short-term income support to vulnerable households, payment to retirees, expanding the Bolsa Familia program with the inclusion of over 1 million additional beneficiaries, cash transfers to informal and unemployed workers, and advance payments of salary bonuses to low-income workers, etc. Public banks are expanding credit lines for corporates and households, with a focus on supporting working capital.

The central bank lowered the policy rate (SELIC) by 125bps since February, to the all-time low of three percent. Measures to increase liquidity in the financial & monetary system have been taken which includes:

Additionally, the federal government has arranged to provide up to US$60 billion to the central bank through a swap facility that will remain in place for the next 6-months. The 5 largest banks have agreed to consider requests by individuals, businesses and SMEs for a 60-day extension of their debt liabilities

The central bank is resuming repo operations of Brazilian sovereign bonds denominated in US dollars; they have released US$9 billion into the money market thus far.

Every country and government have been working with regional/states government, the central bank, financial institution, and other governments to mitigate COVI-19 impact. They are using multiple tools and resources available at their disposal to support the economy, maintain liquidity, improve healthcare, and contain the pandemic. The extent to which the governments have been successful in achieving their targets cannot be accessed as of now however the next quarter remains of high importance.

Echoing Sustainability in the MENA Region!

The triple test of temperature alteration, rising populations and hurried urbanization is creat .. Blockchain Technology In Healthcare – The Most Positive Disruption In Industry 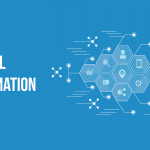 Impact Of Covid-19 To Automotive Companies & Dealerships In India 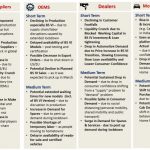