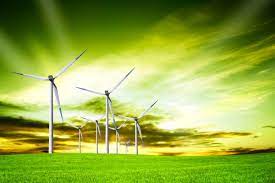 Green energy is any energy type that is generated from natural resources, such as sunlight, wind, or water. According to the United States Environmental Protection Agency (EPA), green power is a subset of renewable energy and represents those renewable energy resources and technologies that provide the highest environmental benefit. EPA defines green power as electricity produced from solar, wind, geothermal, biogas, eligible biomass, and low-impact small hydroelectric sources. Customers often buy green power for its zero-emissions profile and carbon footprint reduction benefits.

For a detailed analysis of the Global Green power Market browse through https://univdatos.com/report/green-power-market/

In 2020, the consumption of all other fuels declined while the only source which increased the demand for energy sources was renewables 2020.  As the global economy recovers from the crisis, The renewable energy source witnessed an uptake, therefore, expand more quickly. As per International Energy Agency (IEA), in 2020, the annual renewable capacity additions increased and witnessed the highest year-on-year increase since 1999 and increased by 45% or 280 GW.

Green Wind Energy Council (GWEC) expects that over 469 GW of new onshore and offshore wind capacity will be added in the next five years that is until 2025. With the explosive growth of Green Power installations in China, Asia Pacific continues to take the lead in global wind power development with its share of the global market increasing in 2020.  In addition, governments across several countries such as the U.S, India, Japan, Germany, etc., launched several initiatives to remove the dependency on electricity generation from fossil fuels. For instance, as per IRENA, the total installed capacity of hydropower increased from 1,099,767 MW in 2015 which increased to 1,210,616 MW by 2020. Thus, the global green power market is expected to witness a robust CAGR of more than 15% during the forecast period.

The impact of Covid-19 on renewable electricity technologies with long lead times, such as hydropower, offshore wind, CSP, and geothermal, remains limited. Hydropower capacity additions are forecast to increase both in 2020 and 2021, driven by the commissioning of two mega hydropower projects in China and supporting the rebound of renewables next year. The forecast for offshore wind remains unchanged as most projects are already financed and under construction.

Based on the power source, the market is bifurcated into wind, solar, low-impact hydropower, and others. The wind category is expected to witness the fastest growth during the forecast period. This is mainly due to the constant technological advancements in the wind energy sector. Higher-capacity wind turbines have larger swept areas and produce more power for the same resource quality, thereby generating higher wind farm output levels.

Based on turbine capacity, the market is classified into Up to 3 MW, 3 MW to 5 MW, and > 5 MW. The >5 MW category is to experience the fastest growth during the forecast period. This is mainly due to the growing emphasis on increasing the proportion of renewable energy in the power generation mix across the globe, the countries are investing more in offshore wind plants with a higher capacity for more energy generation. For instance, in 2019, Siemens Gamesa launched the SG 10.0-193 DD, the company’s first 10+ MW offshore green power.

Request for Sample of the report browse through https://univdatos.com/get-a-free-sample-form-php/?product_id=21098

For a better understanding of the market adoption of Green Power, the market is analyzed based on its worldwide presence in the countries such as North America (United States, Canada, Rest of North America), Europe (Germany, France, Spain, United Kingdom, and Rest of Europe), Asia-Pacific (China, Japan, India, Australia, and Rest of APAC), and Rest of World. Currently, Asia Pacific holds a lucrative market share owing to the growing focus on renewable energy. The Asia Pacific acquired an extensive market share in the market and is expected to grow at an extensive rate mainly owing to the growing industrialization, urbanization, and population coupled with increasing investments in renewable power and infrastructure, which is further contributing to the growth of the green power market in the region. Furthermore, the rise in research and development activities for green power sources, growing energy demand in developing countries like China and India coupled with favorable government policies and a growing focus on increasing the share of renewable energy in the power generation mix are some of the prominent factors driving the region’s market. Thus, as the world aims to reduce its reliance on fossil fuels amid the energy transition, several major economies in the region are now looking to ramp up their share of renewable power. For instance, Bhadla Solar Park (India) was commissioned in March 2020 with an installed capacity of 2.25GW and it spans 14,000 acres. 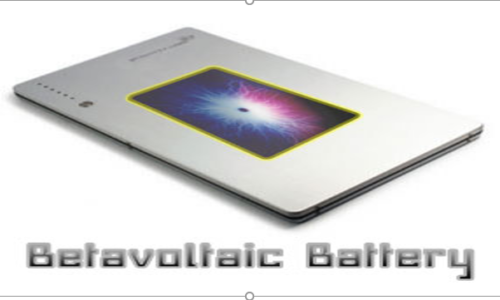 Farm Tractor Market is expected to grow at a CAGR of around 4.5% over the forecast period (2021 .. 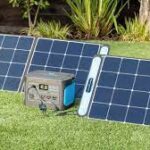