Global Perimeter Security Market is expected to grow at a CAGR of around 10% during the forecast period. The global perimeter security market is growing rapidly on the account of the growing threat of terrorism and cross-border intruders, the rising cases of perimeter intrusion, theft, and robbery, and the introduction of the latest technologies such as IP-based video surveillance cameras for remote surveillance, wireless technology, motion sensors, and aerial drones. Moreover, a rise in the development of smart cities and infrastructure is further impacting the growth of the perimeter security market. For instance, according to the White House Presidential Innovation Fellow project, local governments in the United States will invest approximately USD 41 trillion over the next 20 years to upgrade their infrastructure and take advantage of the IoT.

For a detailed analysis of the Global Perimeter Security Market browse through – https://univdatos.com/report/perimeter-security-market/

Based on components, the market is classified into systems and services. The systems segment is further classified into perimeter intrusion detection, video surveillance, access control, and alarms and notification systems. The services segment can also be divided into professional and managed services. Among systems and services, the systems segment is expected to witness a robust CAGR during the forecast period owing to the rapid growth of video surveillance for the continuous capturing of images and complete safety.

Based on end-use, the market is divided into commercial, government, industrial, military and defense, transportation, and others. The military and defense held a significant share of the global perimeter security market in 2020. The population growth, increased shopping and touring trends, and the presence of large entertainment centers in various locations are some factors that have led to the emergence of a wide range of applications for perimeter security systems.

Request for a sample of the report browse through – https://univdatos.com/get-a-free-sample-form-php/?product_id=29148

For a better understanding of the market adoption of the perimeter security industry, the market is analyzed based on its worldwide presence in the countries such as North America (U.S., Canada, Rest of North America), Europe (Germany, U.K., France, Italy, Spain, Rest of Europe), Asia-Pacific (China, Japan, India, Rest of Asia-Pacific), Rest of World. North America held a significant share of the market in 2020 and is further expected to grow at a substantial growth rate during the forecast period. This is mainly due to the presence of technology hubs in the US and continuous research and development in the field. Moreover, the increasing adoption of the internet of things (IoT) and a rapidly increasing number of smart city initiatives in the region are expected to contribute to the growth of the regional market. Further on, the presence of a highly developed infrastructure and a large military and defense, transportation, oil & gas, chemical as well as other industries are also influencing the growth of the perimeter security market in the region.

The U.S. online accommodation market is expected to foresee significant growth. California to lead the growth!

The U.S. online accommodation market is expected to register a CAGR of around 7% over the perio .. 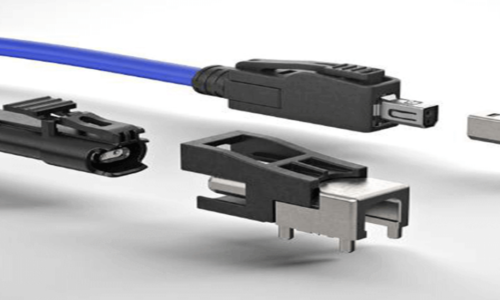 Single Pair Ethernet Holds Huge Potential Because Of The Emergence Of Industry 4.0 And Digitalization. North America To Witness The Highest Growth

Global Single Pair Ethernet Market is expected to exceed the market valuation of more than US$ ..