The global Text-to-Speech Market is expected to witness CAGr growth of ~15.0% during the forecast period. The industry generated revenue of around US$1.9 billion in 2020. Text-to-speech is a kind of service that comprehends natural language and produces audio output full of cadence and intonation

The rapid increase in the number of people using smartphones, mobile devices and other similar gadgets coupled with the ease of accessibility of numerous applications across various platforms has paved the way for digitalization augmenting the global Text-to-Speech market. For instance, the number of smartphone users across the world exceeded 3 billion and is anticipated to reach 4 billion in next few years. Additionally, according to the research, an average smartphone user spends 190 minutes each day using their devices and apps account for nearly 90% of smartphone usage.

For a detailed analysis of the market drivers in Text-to-Speech browse through https://univdatos.com/get-a-free-sample-form-php/?product_id=10468

Based on Offering, the market is fragmented into Software and Services. The Software segment dominated the market in 2020 and is expected to grow at lucrative during the forecasted period due to the rising deployment of software as a tool for the enhancement of learning experience for visually impaired individuals. The technology is useful for listening to text from documents while concurrently working on other things. The availability of free-of-cost software on the Internet is another major factor burgeoning the growth of this segment. As per the WHO, Globally, at least 2.2 billion people have a near or distance vision impairment.

Based on Deployment, the market is bifurcated into On-premises and Cloud-based. The Cloud-based segment dominated the market in 2020 and is expected to grow at lucrative during the forecasted period. Implementation of cloud-based technology has enhanced scalability, enabled round-the-clock services, and improved IT security. In addition, the rising adoption of software-as-a-service (SaaS) by large corporations is a key factor driving the growth of the segment.

Request for Sample of the report browses through. https://univdatos.com/get-a-free-sample-form-php/?product_id=10468

For a better understanding of the market adoption of Text-to-Speech, the market is analyzed based on its worldwide presence in the countries such as North America (United States, Canada, and the Rest of North America), Europe (Germany, France, Spain, United Kingdom and Rest of Europe), Asia-Pacific (China, Japan, India, Australia, and Rest of APAC), and Rest of World. North America will dominate the Text-to-Speech market on account of the rapidly increasing need for text-to-speech technology and growing adoption of machine learning and Artificial Intelligence in the United States. Some of the major players operating in the market include Nuance Communication, Microsoft Corporation, IBM Corporation, Google, Inc., Sensory Inc., Amazon.Com, Readspeaker, LumenVox LLC, Acapela Group, and CereProc. Several M&As along with partnerships have been undertaken by these players to boost their presence in different regions. 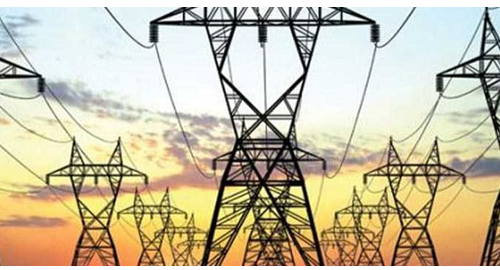 Global Power Distribution Component Market was valued at ~US$ 100 billion in 2020 and is antici .. Global EV Battery Swapping Market is expected to grow at a CAGR of around 22% during the foreca .. Global Specialty Fats and Oils Market is expected to foresee significant growth during the forecast period. North America to witness the highest growth

Global Mushroom market is expected to foresee significant growth during the forecast period. Asia-Pacific to witness the highest growth 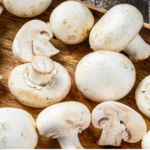