The e-rickshaw service in India is pollution-free and green in nature as there is no emission of smoke or pollution from it. The e-rickshaws do not need any diesel, petrol, CNG or LPG. Moreover, it provides a viable economical mode of transport, as it is very cost-effective, both for the drivers and the passengers. One e-rickshaw costs around Rs. 90,000 to 1 lakh because the e- rickshaw is made of Fiber Reinforced Plastic (FRP) and is considerably cheaper than the other similar modes of transport. While FRP body provides cost advantage, there are certain concerns about the road worthiness of the same. In case of accidents, the riders may be subjected to greater life risks, but it is a boon for the poor mass. The reason behind this is that both the drivers as well as the passengers are pauper.

In our country, autorickshaws are omnipresent and they are the lifeline for passenger transport. Autorickshaws are built to carry passengers and a driver, but the noise and air pollution they produce is enormous. Hence, the authorities are trying to find a solution to curb this hazardous pollution, while some smart innovators rolled out e- rickshaws on the road, which are operated by batteries.

As the time passes, the number of e-rickshaw increases and due to the lack of regulations, they are chocking the traffic across the cities, besides causing safety hazards. Owing to these facts, the transport department across the several cities has banned these battery-driven vehicles on the main routes and has made them operate only on feeder routes or other connecting routes. Further, due to the lack pf proper parking stands and their poor speed, e-rickshaws cause traffic jams and congestions in cities causing inconvenience to other mode of transportation.

While the battery-run electric rickshaw or e-rickshaws came to be known as environment-friendly means of transportation as well as a boost for last mile connectivity, over the years e-rickshaws have turned out to be a menace as there were no regulations to regulate these vehicles. Though, after much planning, the Parliament passed an amendment to the Motor Vehicles Act in March 2015 to allow battery-powered e-rickshaws as a valid form of commercial transport. The amended bill defines e-rickshaws and e-carts as three-wheeled vehicles running on battery power of less than 4,000 watts and are meant to carry four passengers or luggage up to 50 kg, covering not more than 25 kms in a single trip.

Further, as the government announced the ‘National Electric Mobility Mission Plan 2020’ (NEMMP) in 2013, the e-rickshaw sector enjoyed point-of-sales subsidies, tax concessions and funding to develop charging infrastructure. NEMMP targets sales of 6-7 million of hybrid vehicles (that run on both electricity and conventional fuel) and all-electric vehicles every year from 2020 onwards–roughly 25% of all new vehicles. In addition, the government also launched Faster Adoption and Manufacturing of Hybrid and Electric vehicles (FAME) scheme to promote technology development, creating demand through subsidies, conducting pilot projects and setting up charging Infrastructure, which would enable the e-rickshaw industry to scale by driving mass adoption for public transport as well as for domestic manufacturing.

Even after 70 years of independence, India is still flooded with large numbers of unemployed mass barely having any means of livelihood. To overcome this problem, the legislators have inserted a new Section 2A in THE MOTOR VEHICLES (AMENDMENT) ACT, 2015 which brought e-carts and e-rickshaws under the ambit of Motor Vehicle Act and provisions of this Act shall apply to e-carts and e-rickshaws.

The battery rickshaws can be considered as a serious alternative to the physically taxing cycle rickshaws as well as other relatively physical tasks. This helps the government in achieving the respective aims of generating employment, and the initial idea of a transition from the cycle rickshaws to the battery rickshaws. Another advantage is for factory workers or daily wage laborers involved in jobs such as painting or woodworking where the job security is low, and the physical work is relatively higher. It was also found that those who chose driving an e-rickshaw have witnessed an increase in their salary, which further helps them to earn better livelihood.

The drivers who earn lower than their previous professions exchanged the economic loss for more individual freedom and dignity of labor. The battery rickshaws also allowed the drivers to stay within a particular location, which is a marked advantage over the other occupations.

The e-rickshaws are mostly imported from China. These vehicles are light in weight with a limited speed and seating capacity. The government, besides registering all these vehicles and giving them valid permits, must make separate lanes for these to ply. Segregation of non-motorized vehicles such as rickshaws, e-rickshaws and bicycles are crucial to manage traffic movement, avoid accidents and providing transport solutions as well.  Across the globe, non-motorized vehicles move in separate lanes from the usual traffic. The problem is that there is no effective policy or planning. The government has to regulate the movement of e-rickshaw vehicles.”—P K Sarkar, Head, Transport planning at School of Planning and Architecture (SPA) Before coronavirus tore our lives apart, took our loved ones away from our lives mercilessly wi ..

According to the recent report published by one of the top market research firm, the retailers .. 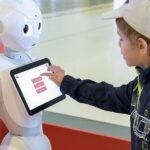 Artificial Intelligence the Future of Education 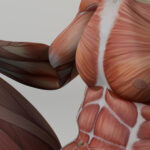